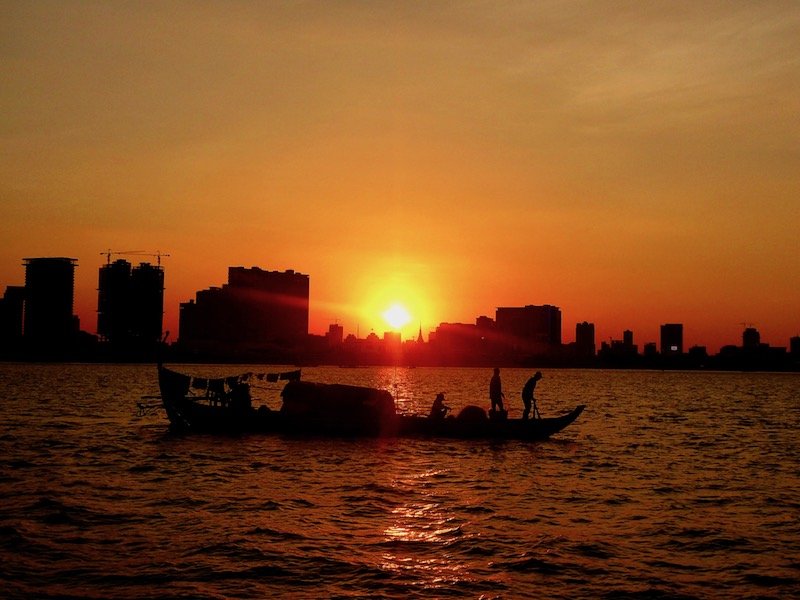 I cannot emphasize enough that I do not think travel is easy. In fact, I find it to be quite the opposite. It can also be boring, incredibly mundane, and quite lonely at times. There is nothing quite like waiting in line for some form of transportation that you may not even get on for 10 hours or standing in the streets under the blaring sun of mid-day SE Asia for one honest cab driver, damnit, to have you wondering what in the actual fuck you are doing on the other side of the planet anyway.

All of this being said, I can say with complete confidence that one hundred percent hands down, the hardest part of our trip around the world was the actual coming home after abroad.

The feeling of coming home hit me long before we hit the tarmac at Newark airport. It started seeping into the final weeks of our trip as we roamed Italy, bringing its questions and accompanying anxieties with it. The who/what/when/where/why/how of our lives all posed with a blank space after.

It could have ruined the end of our trip.

We fought with each other and sullenly moped around, wasting hours of our precious remaining time together, repeatedly asking one another and ourselves to get the hell over it and enjoy these last days.

But the reality was that we had little idea what to do next, and knew that soon every single person would be asking us with increasing worry lines on their brows. In spite of this, we were mostly able to rally and get a lot out of the final weeks of our trip by putting those emotions on the backburner.

However even with this precursor of bumming ourselves out, once we were back in the comforts of home those same emotions hit hard. The pile of rumpled clothes spilling out of our suitcase in the corner that was just days ago a symbol of our freedom and dreams was now just a sign of being purposeless.

We had no place of our own in which to live, no income, and no clear idea on how to get either one.

This “we seriously have absolutely no idea” answer was the truthful one to all the questions being asked to us by our loved ones, and yet we could not bring ourselves to say it. Instead, we would stumble through rehearsed lines in our heads about plans and how it would play out, all the while knowing full well that it was a cover.

To be fair to us, we did truly believe it would all be fine and did not feel a lot of stress about the money or housing situation. We were fortunate to have a place to stay, and we trusted our ability to find work.

If travel had taught us anything it was that we were pretty good at figuring out what to do when the time came, and not to sweat the small stuff.

The other ugly discomfort that began visiting us towards the end of our time abroad was that I quite simply did not want to go home. Traveling in this way was what I had always dreamed of, and while I was exhausted and anxious a good portion of the time, it was the most honest I’d ever lived my life. It was the first time I was living out what I pictured my life would look like, and I loved it in spite of the hardships.

We didn’t know what to do.

We could go somewhere cheaper to apply for jobs, I would say, desperation pilling the words before they left my mouth and clinging to them as they hit Joe’s ears. Mexico, what about Mexico? Eastern Europe? Back to Asia? Where? I’ll go anywhere – just don’t make me go home.

It became more of a pleading whimper as time wore on, our bank account sagged under the heavy weight of such a long time in Italy, and I realized that he genuinely needed to be home.

As women, we are so often asked to make this choice between the people we love and the things we love.

But the truth is, no matter how much I love travel (or anything, really), I simply am not going to pick it over Joe.

So the comments dwindled to a whisper then ceased to exist. At home, the sadness and lethargy came in waves. Some days it felt OK to be home, some days it felt like I had actively participated in my dream slipping out of my fingers. How could I have had it and let it slip away?

Reverse culture shock is written about enough, but it was too real a part of my experience to negate it here. Arriving in Indonesia five months prior and stepping into Jakarta, the largest city in Southeast Asia, was one of the more overwhelming moments of my life thus far.

It was like absolutely nothing I had ever encountered, my first introduction to a continent I knew almost nothing about. But the coming home after and expecting to know everything and suddenly feeling foreign, this has been a completely different type if disorientation.

When we were on the road, our days made sense to me. There was a rhythm to our movements. It was not just the satisfaction of waking up and knowing that the day ahead of you was one that you chose, although that was certainly a part of it, but also something bigger.

At home, the days drift by in a random assortment that I am having a hard time grasping on to. Suddenly, there are demands on my time that aren’t mine, social and cultural restraints that feel off-putting and strange. I wake up and make huge efforts to reconnect with the people I love dearly and the life I left behind, but am completely exhausted by the time the sunsets. Contrary to feeling comfortable and natural as I had expected, it feels strained and forced.

But as these things tend to, it got better. It’s now been almost a year since we’ve been home and the days have gotten easier.

I know all the cliche things people say about millennials and how irresponsible we are, but I still long for the time of setting my alarms for sunrises instead of work, for not being reachable through so many forms of communication at any and all times of the day, and mostly not knowing what tomorrow would hold.


I do notice the shift, though. Life after has its perks. There are routines that I welcome back into my life, things like going to the gym and making my own meals that I dearly missed while traveling. The initial dread and accompanying blues that followed us home seems to be lifting a bit. I know how lucky we are to have even had the time and opportunity that we did, and instead of seeing it as something I lost, I am choosing to see it as a wonderful part of my life that I gained.

As soon as I got a job, I obviously re-started the process of looking up plane tickets and dutifully explaining to Joe why yes, we do need to spend the upcoming long weekend in Guatemala. But I am also enjoying this change and am excited to see what comes next. It’s not often we get to be first-hand witnesses to pivotal points of our lives, and I don’t intend to waste this one feeling sorry for myself.