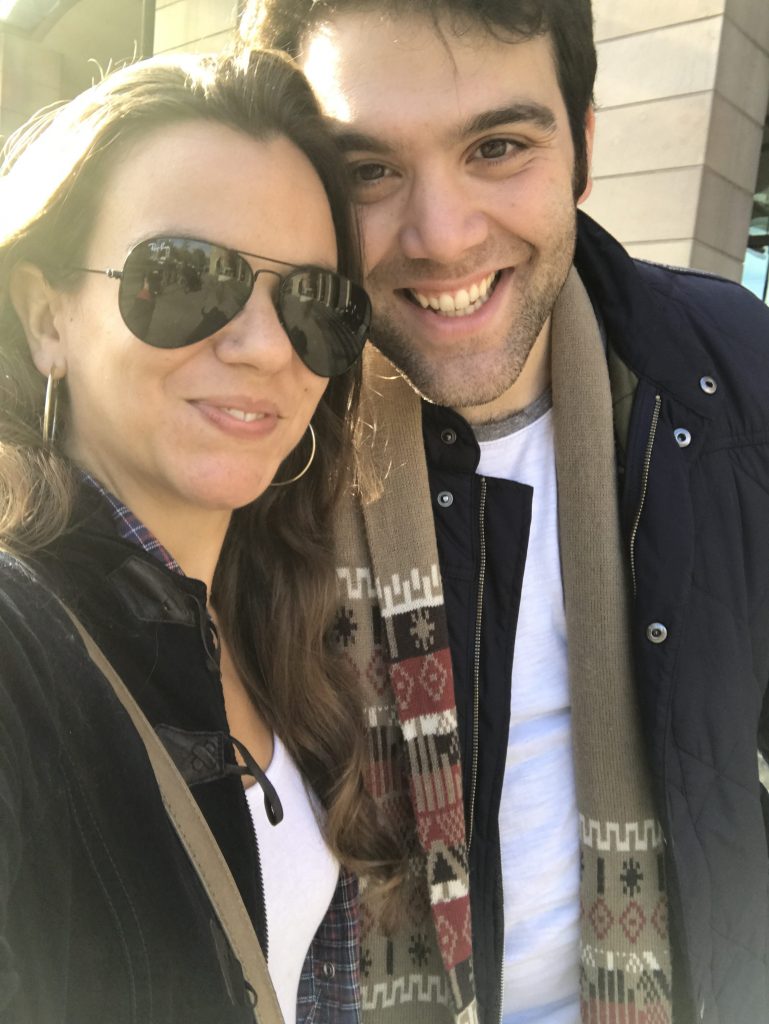 Some trips do not make sense, and make you question “why did I book this flight?” Bad timing, not enough money, too busy at work, etc., there is every excuse and reason imaginable.

London was one of those trips for us. Alicia is a massive Harry Potter fan–I cannot emphasize how much of an understatement this is–so we were so excited to hear about the new play, Harry Potter and the Cursed Child. When I get an email notification about ticket sales, instead of doing the whole “oh lol imagine we bought these tickets?!?!?!” I did the unthinkable. I bought tickets to a play in London one year in advance. So London 2016 here we come! And you know what? This is an amazing way to travel. We would update flight and hotel prices and just booked whenever they came down. It was such a stress-free way to plan a trip.

We arrived in Thursday on a red-eye–cheap flight has its downside sometimes–and checked into our Harry Potter themed hotel room at the Georgian House Hotel. It is more of a B&B than a hotel but it was a great place to stay and get in the Harry Potter mood before the play! We kept it simple food wise, spent a few nights in pubs getting beers with local English food–Bangers & Mash, fish and chips, etc.

I am certainly not a theatre critic but the play was absolutely fantastic. With JK Rowling being involved in the writing and production, they stayed true to the Harry Potter story in every way. I must #keepthesecrets so that is all on that. 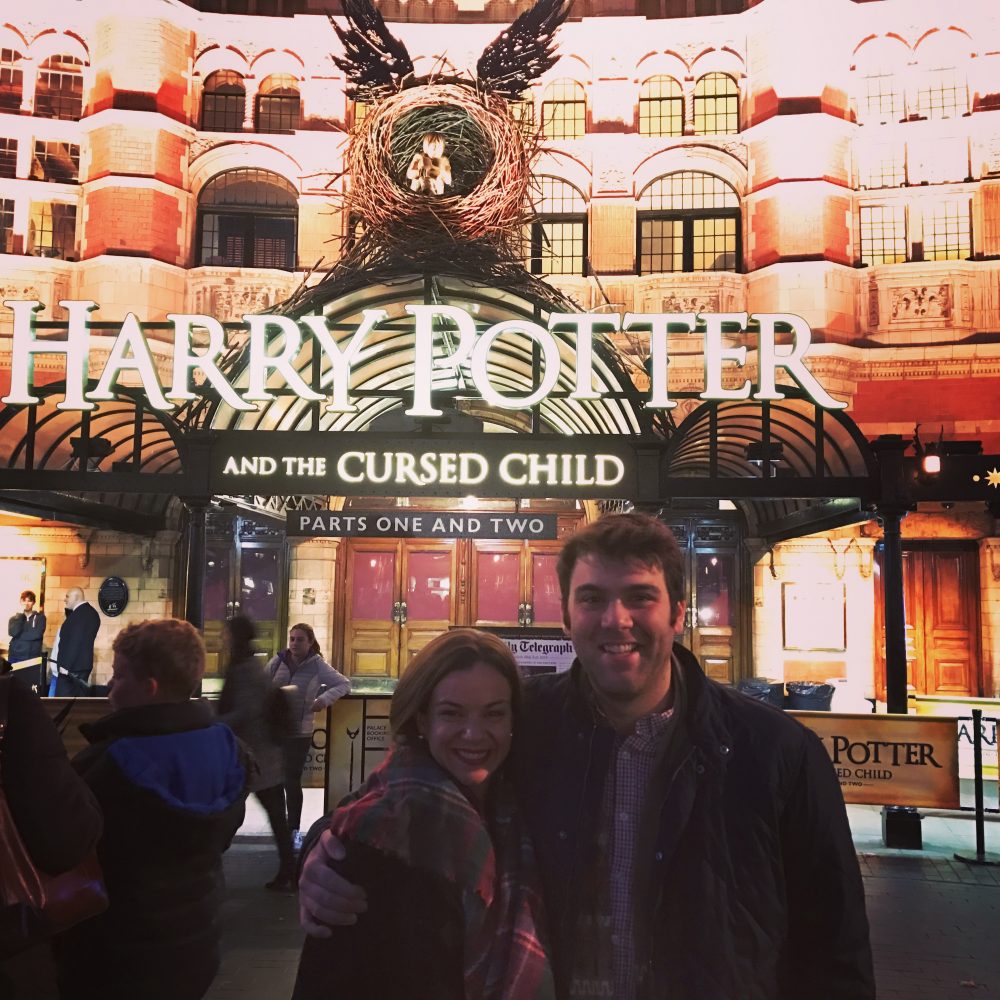 In front of the theater!

Besides the play, our trip was very basic. We took in the scenes and spent a lot of time exploring the city. Our only concrete plans besides going to see the play was to go get High Tea at The Orangery at Kensington Palace. It was a beautiful setting, the food was ok but the tea and scenery were well worth it. Unfortunately, we heard The Orangery is now closed for restoration, hopefully, it is back soon!

We also spent one day on a Muggle Tour of London. They do a great job going over the ins and outs of Harry Potter in London–where scenes were filmed, where the cast hung out, and how London was so invested in the series. It was an incredibly fun tour even though the 9-year-old Ravenclaw answered every single trivia question before we even had a chance! 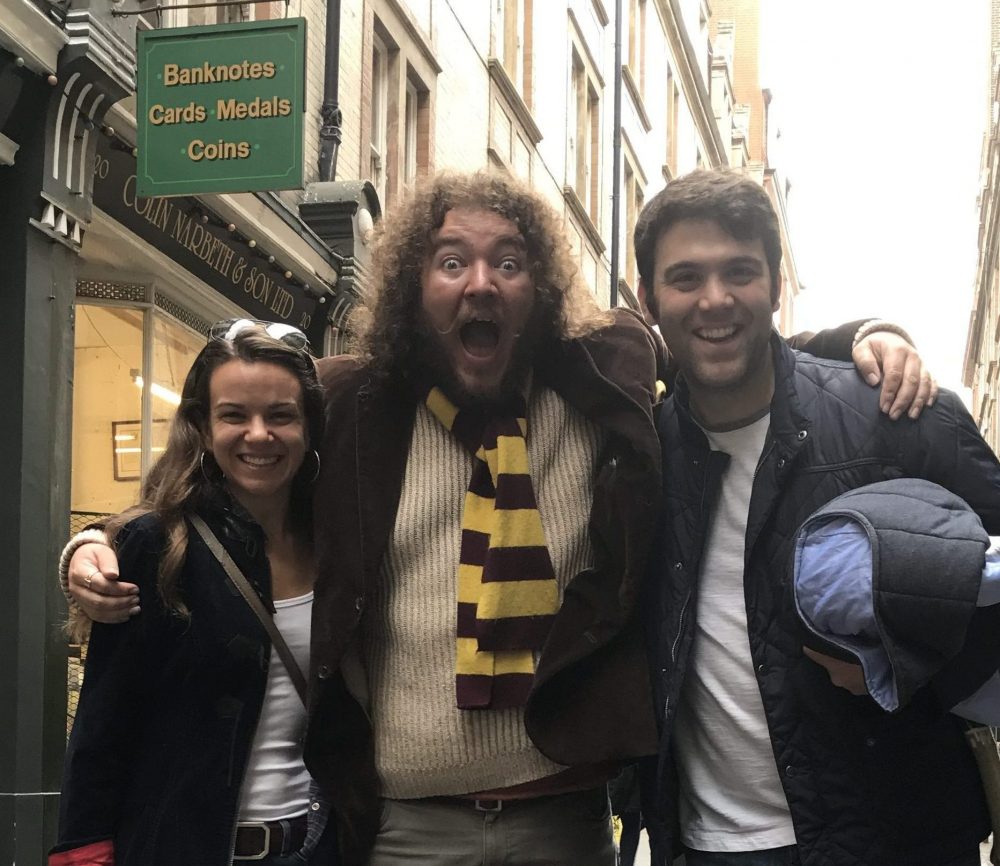 Us with a Hagrid!

After the Muggle Tour, we went on the Eye of London. We did pay a little bit extra to get the champagne toast–it skips the line which was extremely long that night. This is an amazing way to see the entire city at night, it was beautiful and a great way to spend an hour or two with a loved one.

Now onto the run!

King’s Cross Station– A very pretty train station. And yes, they do have Platform 9 ¾ here, go in and take a pic before starting this run.

London Streets — We hopped in and out of London streets while swerving to wherever looked the most cool or interesting. Nothing earth shattering but we have always found this as the best way to “get lost in a city without actually getting lost.”

St. Paul’s Cathedral –We tried to go in, but we were broke and sweaty, so we passed on paying 16 pound, took a picture outside, and kept moving on.

River Thames on the Thames Path–Residential with some buildings, lots of traffic along this road as well, views are good, but not the best.

Over the Waterloo Bridge — Lots of cars, felt very exhaust fume heavy, we would try a different bridge next time.

Along the river on Riverside Walk— Same as above, really cool scene, graffiti skatepark, some food places nearby, EAT and Yo! Sushi.

Back over the Golden Jubliee Bridge— Much better bridge, crowded with lots of people but great views and cool industrial feel.

Ran through Piccadilly Circus and Leicester Square — Similar to Times Square in New York, it is super busy and touristy but it is a must see in London.

Ran up Regent Street –Every. Store. Ever. This would be a good place to stop if you need ANYTHING for your trip.

Regent’s Park –A lot of locals playing all sorts of sports, rugby, soccer, frisbee, etc. Also a great place to see puppies. It is an absolutely gorgeous park, well-kept and green, that had a private/secret garden feeling.

Primrose Hill — Great hill to end the run on, it has the best view of London, lots of people here so someone can surely take a pic of you.

Camden market–What run would be complete without a food stop to finish it? We got Fish and chips and falafel, both of which were delicious. It’s also a good spot for shopping and souvenirs, or to hang and drink after if that’s the mood.

Tune Hotel-King’s Cross–Very basic but well priced. Everything you need without the fluff. We are constantly trying to find similar hotels throughout the world. Sometimes, all you want is the basics.

Georgian House Hotel–HARRY POTTER ROOMS!!!!!!!!!! An absolutely adorable hotel that has a B&B feel. Good breakfast too. It is a bit pricey but if you have the extra money, definitely worth it.

Pimco–A good fresh and healthy breakfast. It was also inexpensive. When in the UK, you can end up with a lot of fried food. It is a great way to start the day healthy.

Wok on Fire–We had it for dinner when we were incredibly exhausted. It would be ideal for late night food as it is in a busy area for nightlife.

Poppie’s–Kind of touristy but overall, they do a very good job, good fish and chips! 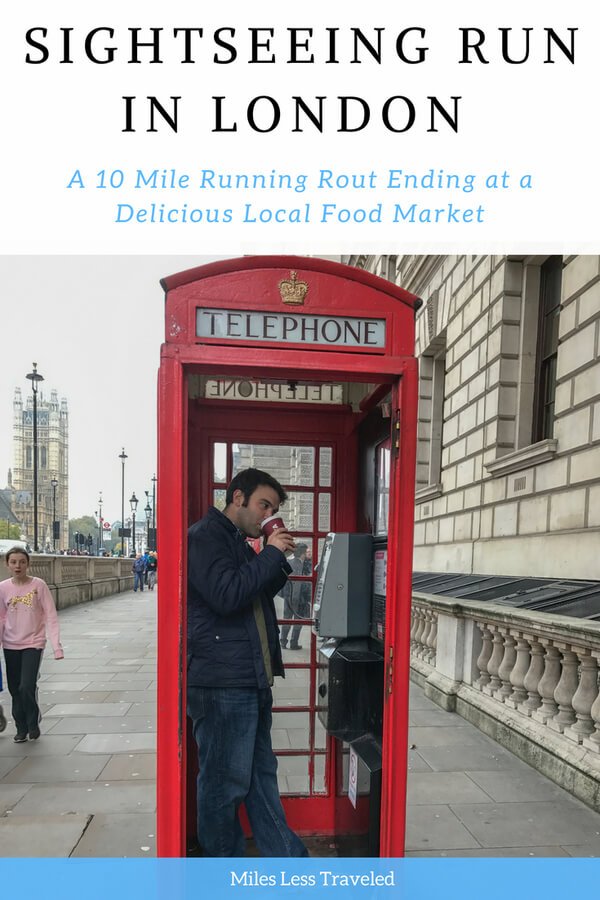 If you’re looking to visit a smaller city while visiting Europe, check out some of the most underrated cities in Europe!