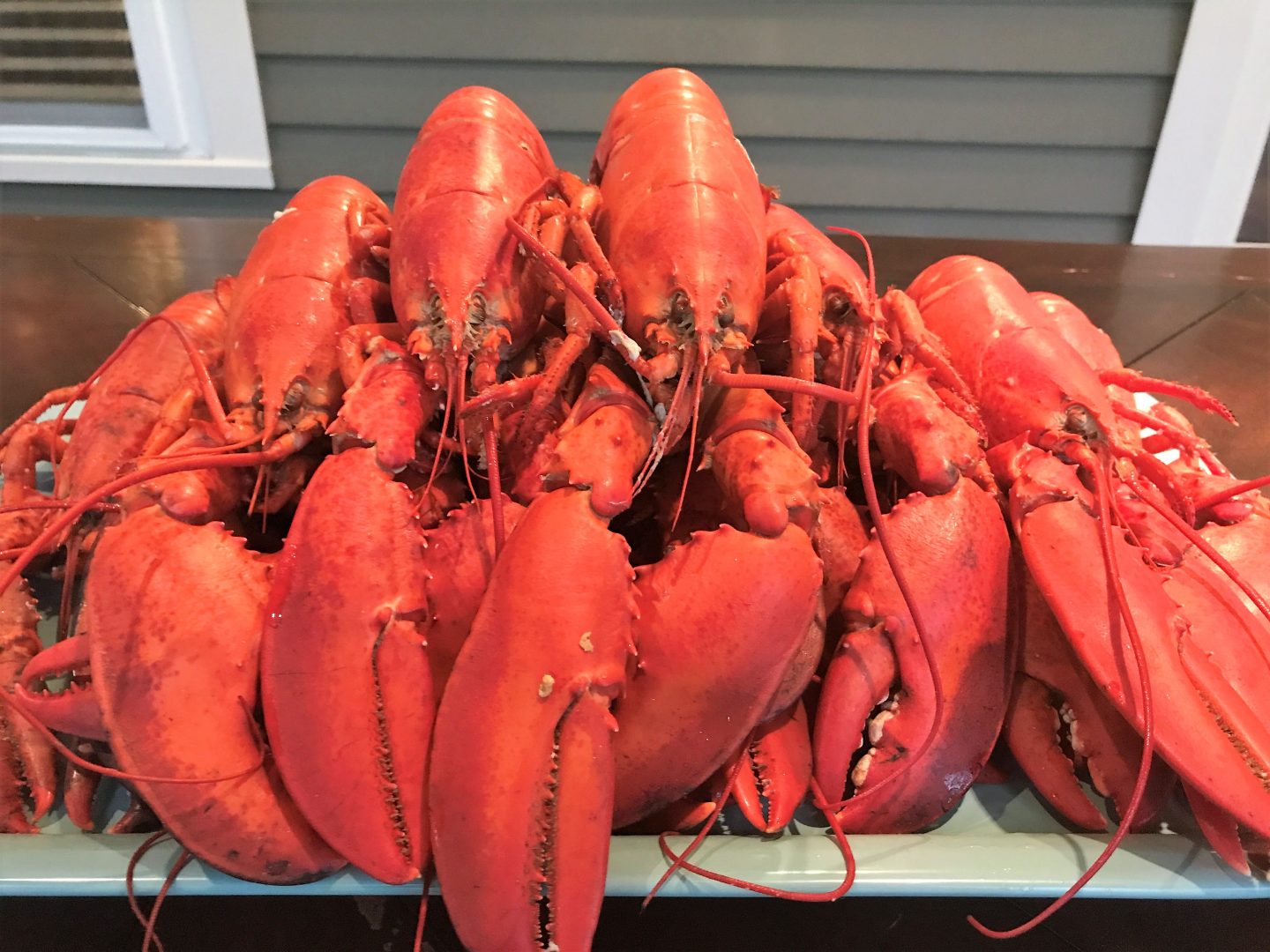 Updated in April, 2018 with new and improved resources!

A recent family vacation gave me an opportunity to explore an area of the country that I have not been to in quite some time, New England. While Alicia has family in the area and grew up spending parts of her summers there, I have never explored it as much with her as I was able to do on this trip. We visited Kennebunkport, Portland, Newport, and Narragansett during our time in this New England road trip.

This was my second time to Maine, Alicia and I previously went all the way up to Bar Harbor, which has some fabulous hiking, but this time, we stayed further south in Kennebunkport at Hidden Pond Resort. Located a few miles outside of the downtown, this beautiful resort is definitely worth a mention. It might be the nicest place I’ve ever stayed in. The little cottages were built with such luxurious detail and the service was exceptional. French press coffee and warm pastries fresh out of the oven delivered to your door daily was incredible. Update! We have since booked to go back in 2018!

As for the town of Kennebunkport, it is the epitome of a summer town in Maine. It is cheesy, local shops selling sweatshirts and nicknacks, and a constant stream of tourists overwhelming the streets. And you know what? I liked it! The feel of the town–very much not a city–was perfect. It is incredibly family friendly, gorgeous scenery, and extremely comfortable.

For food, we did not mess around. Nearly every meal (maybe not breakfast) entailed a full plate of delicious local shellfish. Two places stood out to me, The Clam Shack in downtown Kennebunkport, and Wolff Farm & Lobster.

The Clam Shack in downtown Kennebunkport could very well be my dream restaurant. I do enjoy my fancy meals from time to time, but more often than not, I want simple. When I am craving something, I want to find myself at the local hole in the wall joint and eat whatever their most popular dish is. Problem is, at The Clam Shack, there were too many delicious choices to be made.

Being the lobster roll aficionado–at least this is what I tell others–I had to get one here. I was immediately taken aback when I saw it, a round roll? Could this be? It turns out, it can be, and more than anything, it can be frickin’ marvelous. A simple roll with just butter and lobster, just the way I like it.

I am fortunate enough to have a family that likes to share food, so we ended up sharing clam strips, french fries, and onion rings. After all of that, we all sat and looked at each other and had the same reaction “we’re still hungry”. So we decided to go for it, and got steamed soft-shell lobsters to share. Once again, this was a great decision as these were the best lobsters I have ever had at that point. What a meal!

The next day, we took a trip up to Portland and spent the day walking around the city. We parked our car and immediately had to stop at The Highroller Lobster truck. We could not pass up the intoxicating smell. A lobster grilled cheese and a cheese shell lobster taco were ordered and quickly devoured. I am usually not into messing with my lobster unless it is in lobster roll or steamed form, but these were very unique and tasty.

We also found our way to the Harbor Fish Market where we were adamant to get as many different types of oysters as we could. After our full day in Portland, we drove back to the cottage we were staying in. On our way back, we obviously began discussing the plans for dinner and simply left it as “we’ll figure it out…”

And you know what, life kind of figures things out for you sometimes as we drove past this quaint little fish shack and realized our dinner was in fact figured out for us! Wolff Farm & Lobster is a tiny little stand in Kennebunkport. They go out fishing every day except Sunday and catch the freshest lobster you can find. And if you’re willing to wait–or are staying in a cottage without a kitchen like we were–they can even steam the fresh lobster for you.

While we were waiting for the lobster to finish up, Alicia and I started chatting with the owners a bit. It’s an entirely family owned and operated business, located on the same grounds that they live on. When we were there, 3 generations were working including the current lobsterman, Bernd, son of the original Hans. They were incredibly friendly, even allowing us a peek at their simple 4 gas burner set up behind the storefront where the lobsters get steamed. This is not an extravagant meal, but these lobsters are pulled from the water hours before you eat them, and were some of the best seafood we’ve ever had.

Did we run? We did! Unfortunately, they were not the greatest of runs. Alicia and I had a small run around our complex in Maine. There were a few really pretty spots and it was very peaceful, but we felt like we were running in circles. We ended up sprinting for the last ten minutes to try to get more of a workout in.

When we were in Newport, we were super excited for the Cliff Walk! A nice 3.5-mile trail that allowed us to view the mansions while also being able to look out into the ocean, what could go wrong?

First off, this is not a running trail. The first mile or so is a nice paved surface, giving you the opportunity to do exactly what we thought, see the incredible mansions while having an ocean view. However, after that, the trail became very rocky and would have been dangerous even for an experienced trail runner. We did continue down it and had some stunning views, but it definitely took the wind out of our sails a little bit as we were walking and no longer running.

When all fails, run the beach! During the nights in the small Rhode Island beach town, we woke up bright and early to run back and forth along the length of the mile-long beach and usually followed it up with a relaxing swim. Not necessarily a run of exploration, but a lovely one nonetheless.

It was very rewarding to see a new region of the country in a different way. We typically come up this way to go to the beach, but we got some new cities this time around. As runners, this trip is not ideal–that could be on us, next time we’d look into better trails nearby–but it still is an incredibly beautiful place to be in August!

Not on the east coast? Check out this beautiful west coast road trip route.

Rhode Island: A Continuation of Food

Just because we left Maine, and did not get what we expected out of Newport, does not mean we left Rhode Island with empty stomachs. Alicia loves Rhode Island and has been coming up here for parts of the summer her whole life. And while you can eat local lobster just like in Maine, we have managed to find a few favorite spots here as well.

In Matunuck, the entire town revolves around one place, the Oyster Bar. While this place is always full, we always find a way to come in for oysters and champagne. The oysters are some of our favorites in the country. This time around, we had a family member buy us a bag of oysters and we shucked them ourselves. While it was not easy the first few tries, we all eventually got pretty good at shucking them! It was a fun way to eat your food.

No New England road trip is complete without chowder. Rhode Island does have a brothy version that is different than your typical New England chowder, and while that is tasty, we usually stick with the classic. At Iggy’s Doughboys in Narragansett, we love their chowder and clam cake combo. What is a clam cake you ask? Just a delicious fried dough ball–think zeppole–filled with fresh clams. Best eaten by dipping the clam cake into the chowder!

Local Seafood: This was even more incredible than we expected, fresh lobster and oysters were almost a nightly experience during our trip. So delicious almost everywhere we went.

Portland: This is a very cool city, with a Boston and Brooklyn vibe to it. Lots of great local restaurants and food trucks.

Beer: Maine certainly loves their beers, and that was on full effect for us during this trip. Allagash, Baxter, and Shipyard were everywhere to be found and they always tasted fresh and delightful.

Beaches: Goose Rocks in Maine and the small secret beach we went to in Rhode Island are two of the nicest beaches I have seen in the USA. It has a private and comfortable feel, different from the busy Jersey Shore beaches we are used to!

Newport/Cliff Walk: Newport definitely seems like a fun town to spend a night in–lots of local bars on the water and very walkable–but during the day, it is more of a shopping scene and that is not really for us. The Cliff Walk is absolutely beautiful, but we wanted a run and this did not provide that for us.

Mosquitos: They are everywhere in Maine, make sure to be wearing long pants and sleeves whenever you are out at night. No Joke!