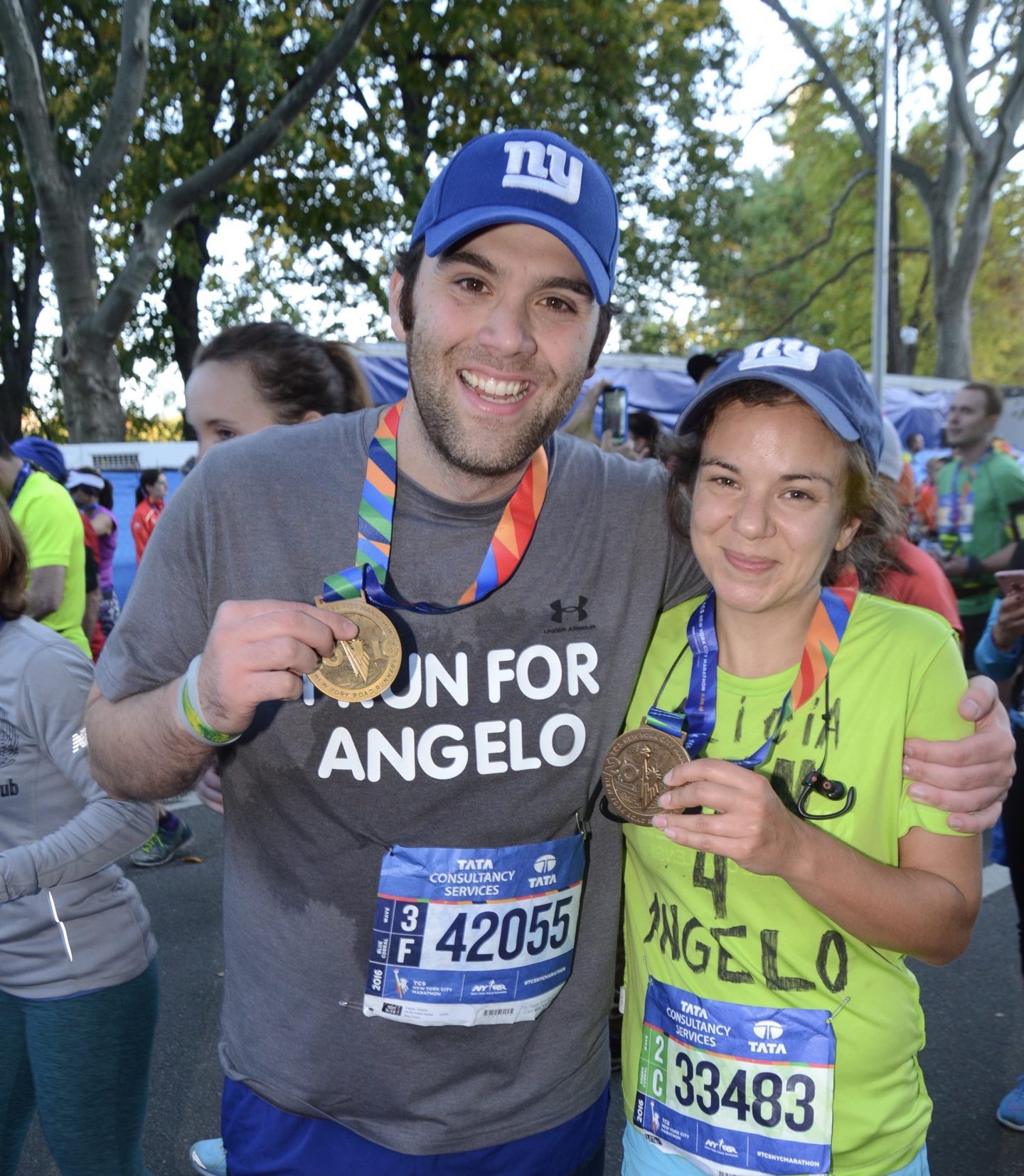 We awoke with a start in the unseasonable pre-dawn warmth of the first November weekend, roughly five hours before our start time for the run. Dressing in our carefully selected outfits–that had been laid out the night before–we forced some avocado toast and coffee down, and joined the throngs of people already making their way to the subway in the early morning darkness.

It’s hard to explain the feeling, the electrical current of excitement that was buzzing in the air as thousands of runners silently gathered on the train platforms. For Joe and I, the journey to this morning had been in motion for years, shortly after we both ran our first half marathons–our first longer distance runs. It was a culmination of years of training, a couple dozen other races, two other full marathons, and countless hours of the frustration, pain, and joy that distance training carries with it. Everything else, all of those early mornings, late nights, lost toe nails, and chaffed skin was for this very day – we barely spoke to each other, just sat side by side in compact balls of nerves and anticipation. 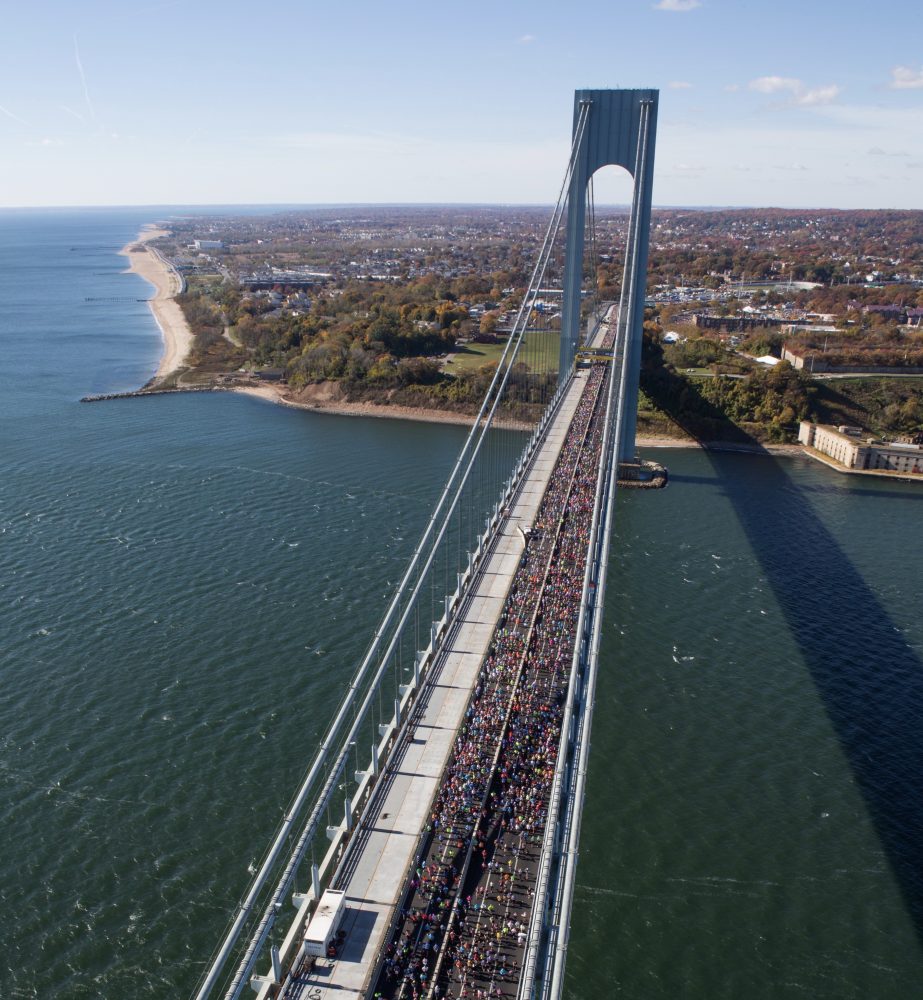 Photo taken by official photographers of the TCS NYC Marathon

We started across the Verrazano Bridge, leaving Staten Island quickly behind, and entered the expanse of exposed sky surrounded only by water and thousands of other runners. Upon leaving the bridge, and entering into Brooklyn, we were quickly swallowed whole by the entire city of New York. After living in this area my whole life, I was shocked to realize how seriously New Yorkers take this race. New York City loves, eats, and breaths their marathon. It remains the only force powerful enough to allow for full street and bridge closures in every single borough simultaneously.

Once we realized that the masses of people packed in along the 26.2 miles of the course weren’t going anywhere, that’s when we really started to register what all the people who have ran this well trodden trail before us had told us: that in spite of all the pain, this will inevitably be one of the most transformative experiences of your life.

There is a moment, crossing over the Queensboro bridge, when it is eerily silent. The entirety of the city is dulled to the sounds of feet slapping the pavement around you. We were advised to pause our music at this point, because something, maybe the most magical thing, happens as you near the 16th mile. As you get closer to the Manhattan end of the bridge, you start to hear the crowds. From that silent trodding comes an ear piercing roar of cheers, and you find yourself exploding into Manhattan for what will be your final 10 miles in a frenzy of excitement and thousands of people. I still get chills when I think about it, and if I close my eyes, can still remember it almost perfectly. 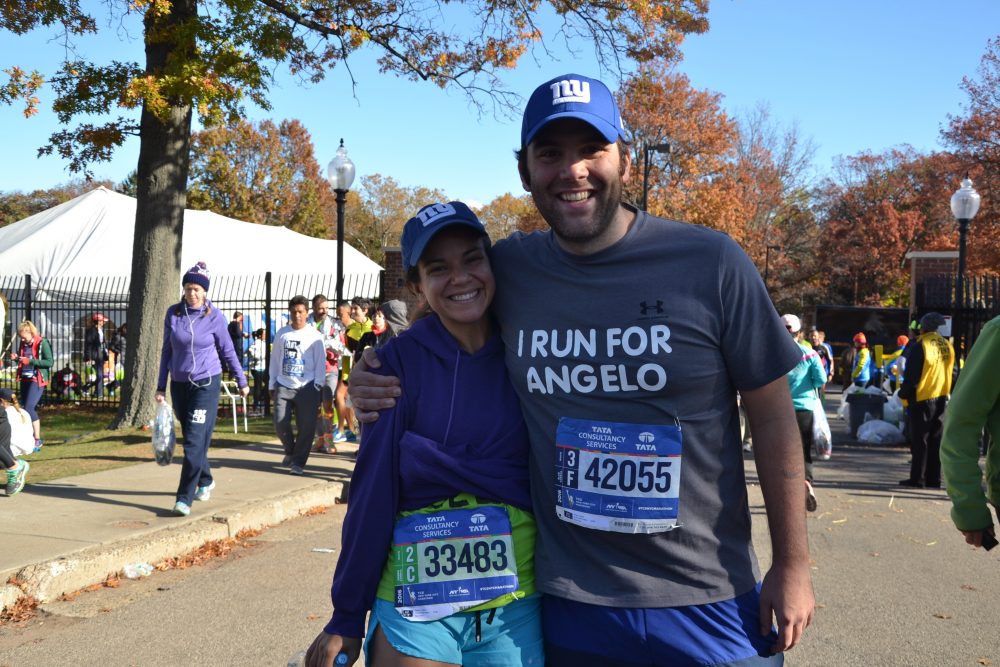 Thanks to the names on our shirts, and were flooded with shouts of encouragement for the entire duration of our long, exhausting run (in our case 5 hour, 10 minutes, and roughly 20 seconds of encouragement). But it was not just our names that made it personal, it’s hard to explain but the spectators became such an integral part of run. In that moment when a stranger’s hand was outstretched in an offering of a high five, or we met their eyes over the shout of their calling out to “just keep going”, or they are patiently waiting for you to take whatever kind gift they have generously thought to bring – tissues, waters, fruit, candy – there is some inalterable connection. For that one brief moment, where the outright love and excitement is in no way restricted but thrown about recklessly, we are truly in this together.

Joe and I do not usually run the same pace for our races, but we had decided long before we crossed the start line of this one that we were doing it together. As we entered central park for the final leg, we grabbed each other’s hands. The pictures of us in the final moments of the marathon are of us hand in hand, tears streaming down my face, with our legs in stride. It’s how I like to remember the NYC marathon: at this point oblivious to thousands of people, side by side in the city where my husband and I started our romance, thinking only of each next step, but knowing we would finish it together. 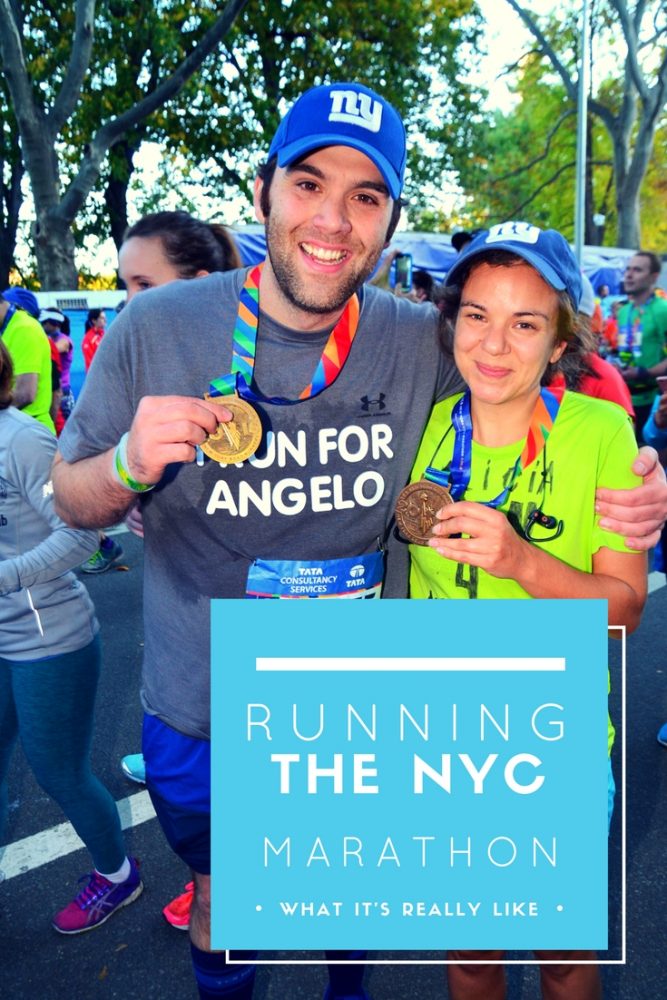