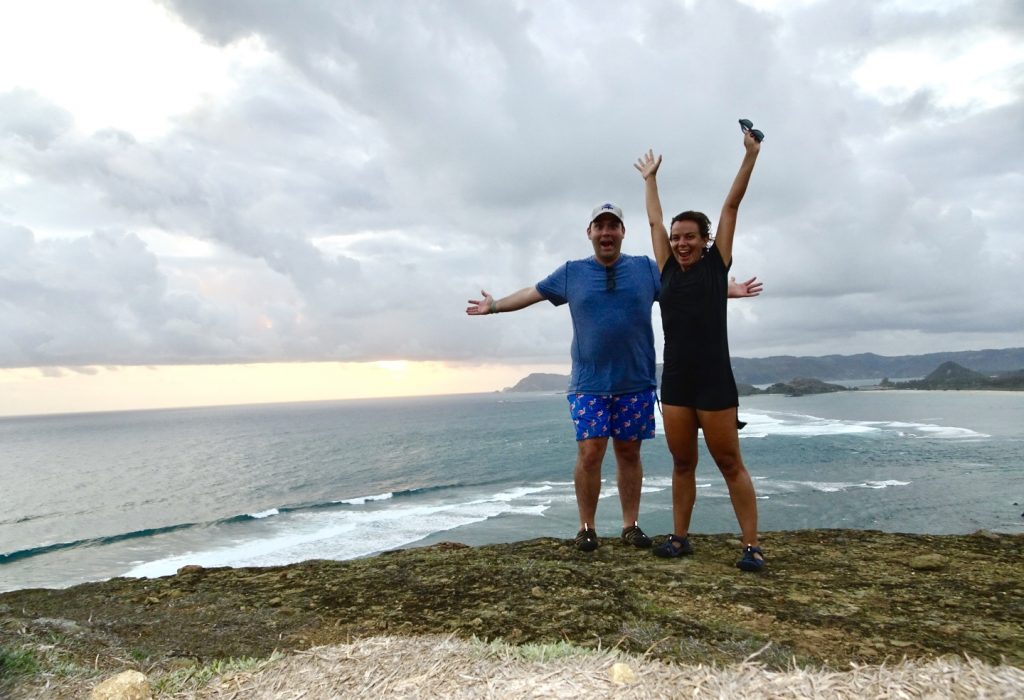 Indonesia was stop number one for us on our five-month trip abroad and left a remarkable impression on us in the two short weeks we spent there. A country with over 17, 000 islands spread over a large swath of the Pacific Ocean, Indonesia is extremely diverse. Each island has a different feel and things to offer making picking just one or two for a short trip really challenging. Enter our 2 week Indonesia itinerary, designed to make the most out of your time by combining ancient temples, hidden beaches, and volcano treks.

*Note none of the below information was sponsored in any way, this is based on our honest experiences. All costs are in US dollars. 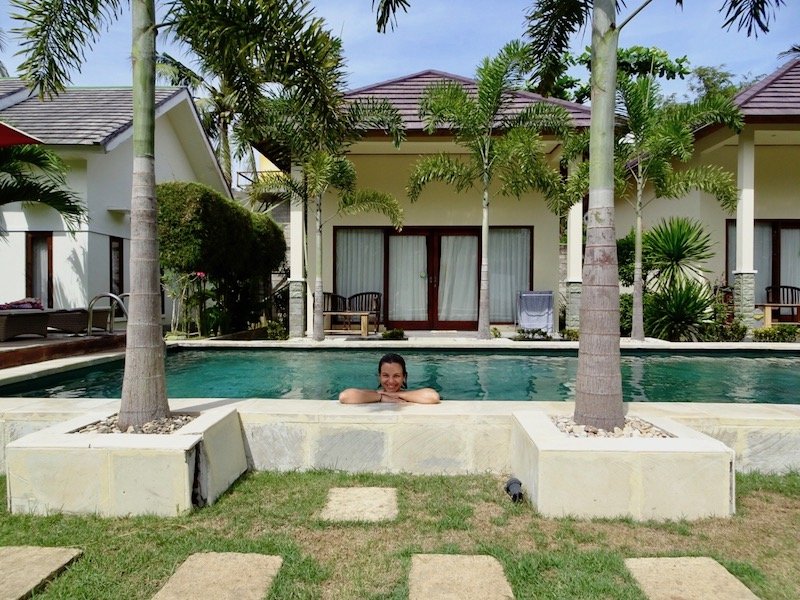 The island of Java is Indonesia’s most populated island and often the start of a trip to the country and any two week Indonesia itinerary. Holding the capital city to Jakarta, this is where many of the cheapest international flights will land.

Full disclosure: we did not explore Jakarta. As such, we will give no advice or provide any information about the city itself.  We used Jakarta as a stopping point and spent the day planning where to go next and sleeping off our jet lag.

Where To Stay in Jakarta, Indonesia:

Fly from Jakarta to Yogyakarta, Indonesia

The flight from Jakarta to Yogyakarta is a short one-hour hop. We flew Air Asia for $50/ticket and felt you get what you pay for here. The turbulence was slightly terrifying which, given their track record as an airline, isn’t surprising. However, Air Asia flights are often the cheapest ones in Southeast Asia and there’s likely nothing wrong with them for people who aren’t as neurotic and scared of flying as I am.

Jakarta to Yogyakarta flight cost: $25-75. Flights can usually be purchased up until the day of flying, though, if worried about times and dates book in advance. 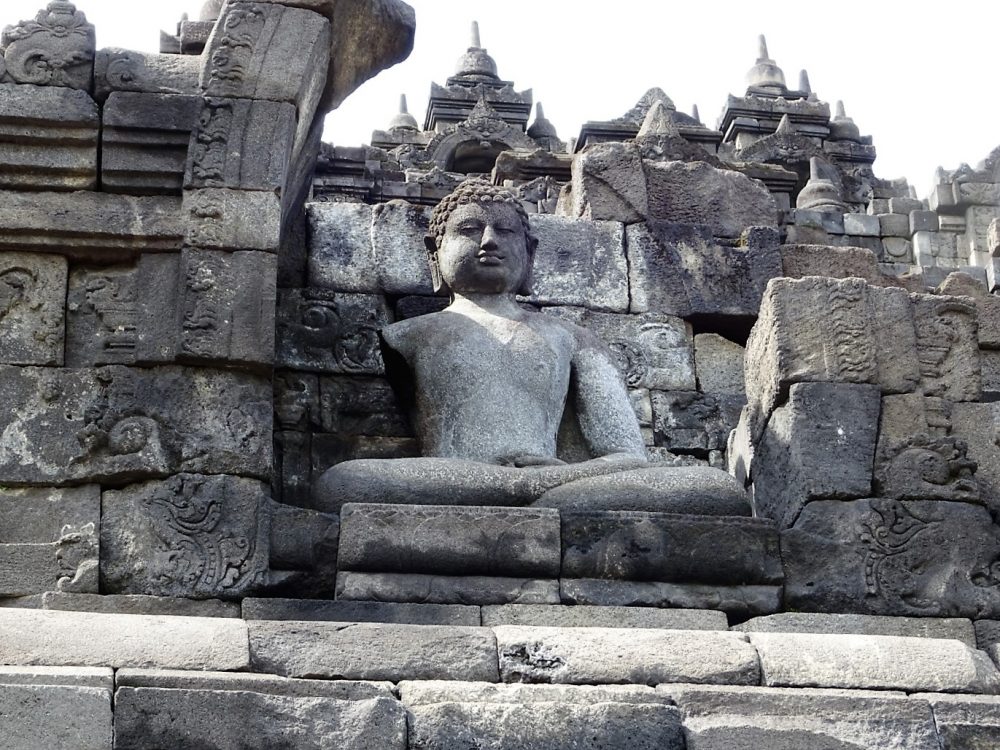 Yogyakarta is best known to travelers as being the access point for the two UNESCO heritage sites that it sits between: Borobudur and Prambanan. We did both in a day, but many days can be spent here picking apart the history and beauty of these ancient and spiritual ruins. The city itself is huge, a bustling metropolis filled with mostly locals and lots to see and do. We skipped exploring the city itself, focused on the temples, and moved on as we were itching to get to the beaches, but there is the potential to add more time here if interested.

Where to Stay in Yogyakarta:

Fly from Yogyakarta to Lombok, Indonesia

When we did this trip there was only one direct flight a day from Yogyakarta to Lombok offered from Lion Air, this appears to still be the case. This flight was delayed almost five full hours with no explanation other than a random offering of fried chicken dinners a couple of hours in. With two terminals in an unairconditioned airport the size of a gate at JFK, this is was not the most comfortable option. We managed to snag chairs after a bit near two ladies who proceeded to gleefully describe how Lion Air planes were the ones that Garuda Indonesia threw out, awesome.

The flight itself was actually much smoother than the Air Asia one, but the delays, exhaustion, and overwhelm of traveling in Indonesia had me one Xanax deep by the time I got onto the plane fighting off an impending panic attack. The duct tape in our row and single paned windows sealed the deal and I proceeded to sit down, close my eyes, and pass out for the quick flight.

Yogyakarta to Lombok flight cost: $25-50. Flights can usually be purchased up until the day of flying, though, if worried about times and dates book in advance. 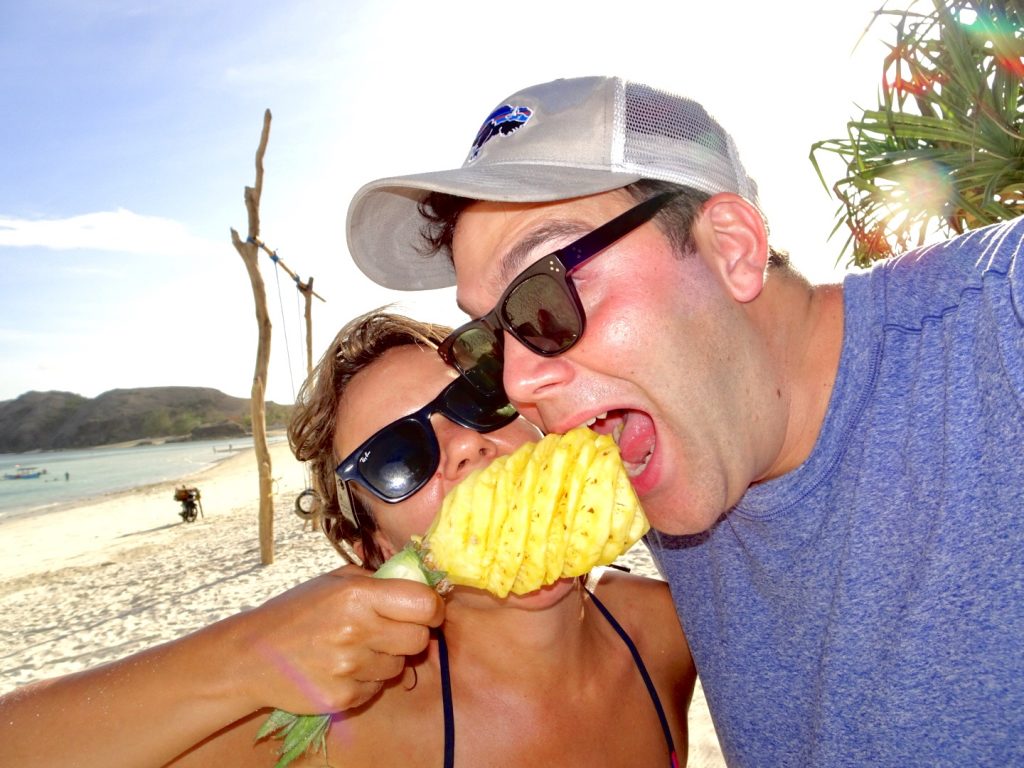 Eating artfully carved pineapples on a beach near Kuta, Lombok

Lombok was not what we expected but so much more than we could have imagined. A less visited and arguably more majestic island than it’s incredibly popular neighbor, Lombok has all the charm and tourist-friendly infrastructure without the crowds of Bali. Spend time on the beautiful beaches near Kuta in the Southern part of the island or climb the iconic Mt. Rinjani. Hidden waterfalls and friendly locals are even more reason to explore this beautiful landscape.

Suggestions for places to stay and a full breakdown of how to spend 10 full days in Lombok are in our Lombok itinerary.

Leave Indonesia. Fly out from  Lombok or extend the trip and take the 2-hour fast boat across the water to Bali.

1) Traffic here is absolutely no joke. In Java, be prepared to be completely overwhelmed with any and all drivers.

2) The people here were incredibly friendly. Constantly offering directions, or helping in any way they can, you will never feel more comfortable asking for directions.

3) The beaches are incredibly beautiful, but be aware that trash and waste is a major issue here. Do your part to keep beaches here clean.

4) Haggling is a way of life, unless there is a marked price, you must haggle!

5) This trip can be as luxorious or as cost conscious as you want, Indonesia fits every price point once you get there.

6) We absolutely loved it, let us know if we missed any spots that are must-sees! 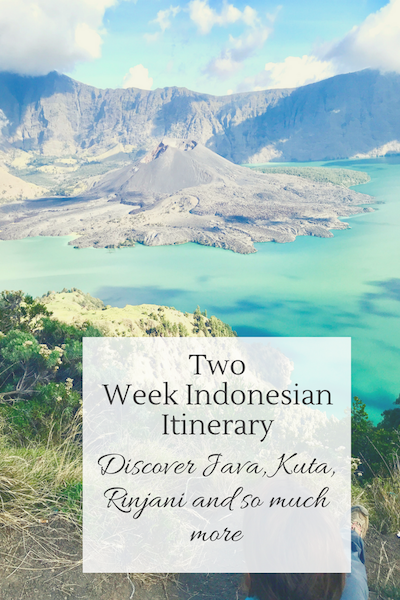