Traveling is so personal. The way we do it, like a tourist or like a “local”, where we go, and why we travel is done for very different reasons. While it may seem like everyone is doing it, especially the damn millennials, most people actually are not quitting their jobs to travel the world. In our opinion, travel can be done on a day trip to that winery you’ve been dying to try an hour away just as much as with a road trip through New Zealand. In fact, long-term travel comes with a lot of challenges and sacrifices. So why, then, did we choose to leave for a 5 month trip abroad?

Back up a bit to when Joe & I first met, and I left 3 months into dating to go on a month-long trip to Kenya to study primates. I had no phone, and no communication with Joe or anyone in the outside world for almost the full 4 weeks while I camped around the country. I wanted this freedom, I thought, and I was willing to sacrifice for it. I rationally realized that now was definitely not the time for a boyfriend, and resigned myself to break it gently to Joe when I returned.

That thought lasted a total of 30 seconds once we were back in the same time zone again, and I decided to commit not only to Joe but to live out my dreams with him. 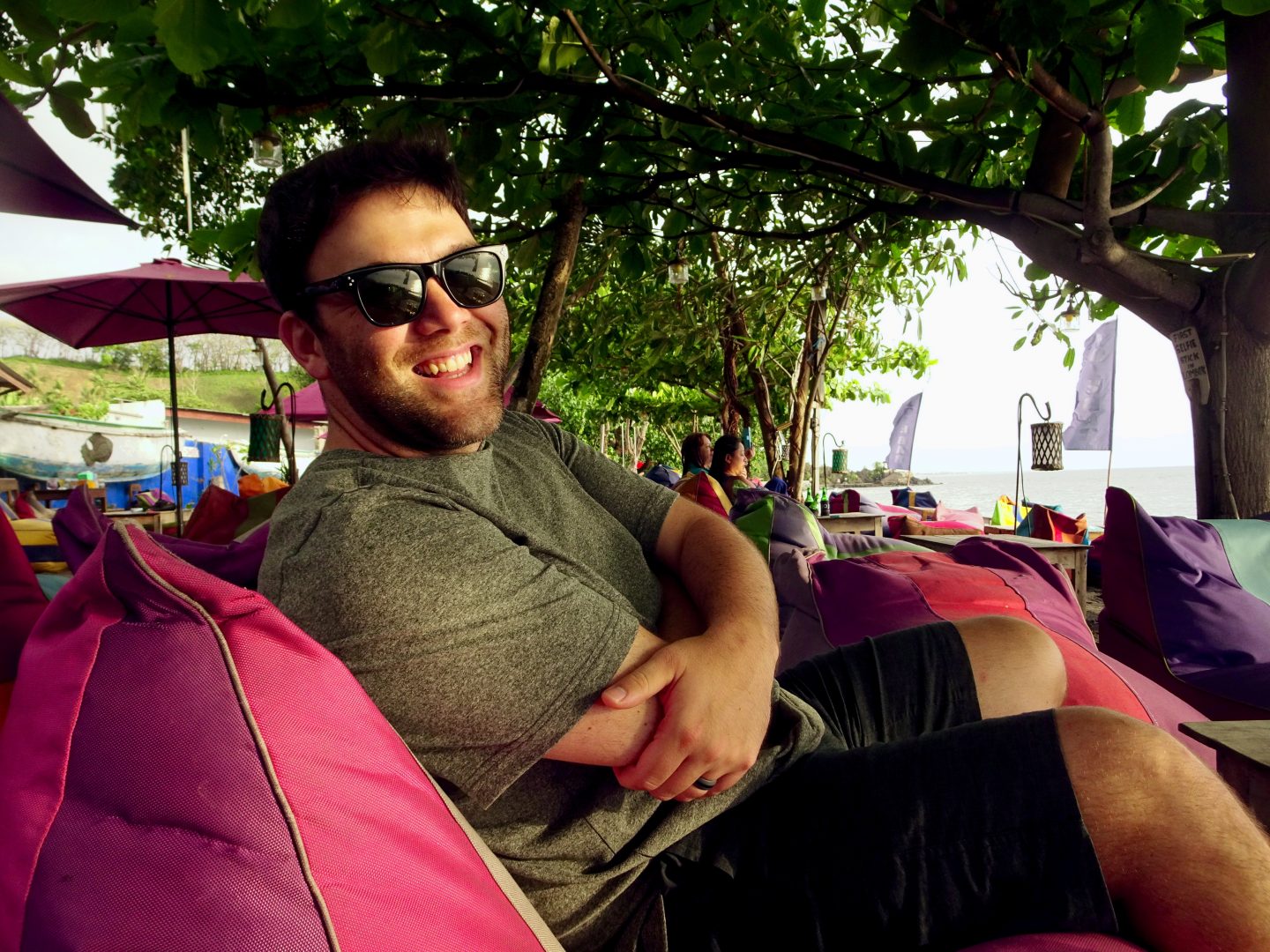 It wasn’t until many years later, when there was a ring on my finger, and we were talking spending a lifetime together, that the dream crept back into my life, along with all those old and shitty insecurities. Would he come with me? Would it bring me the same transformation and joy with him as it is would alone? Can I have a life of freedoms and commit to the man I love?

In short, could I have it all? Could I have a marriage and travel too? 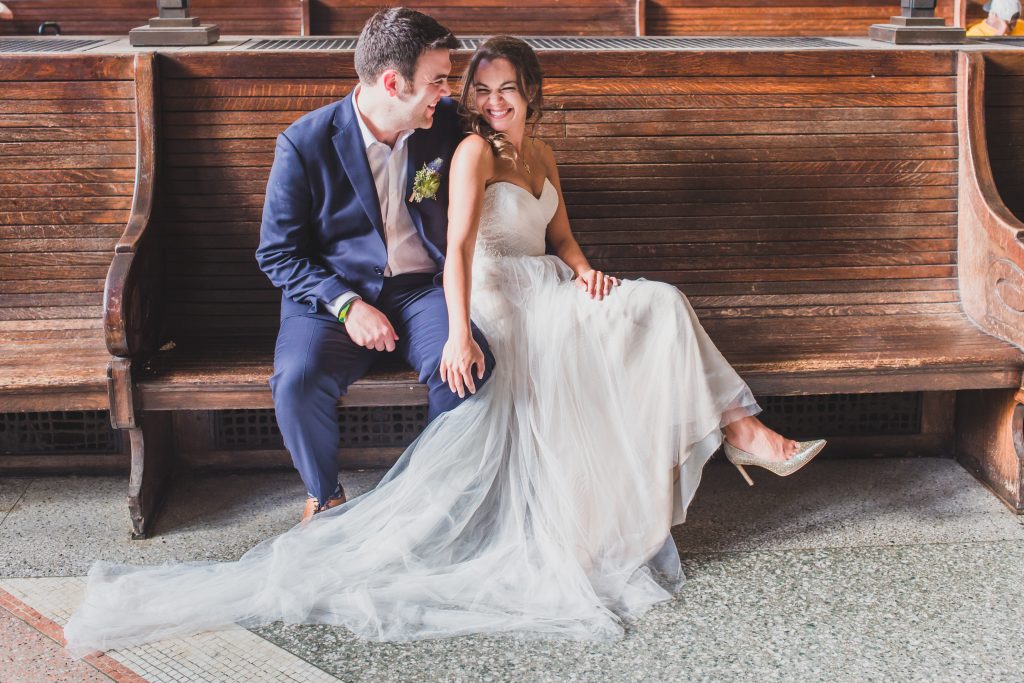 Can you pursue long-term travel AND maintain a healthy marriage?

We had long talks about it before and after the wedding, some excited and some scared. This was one of the first life impacting decisions we would make as husband and wife, and we were honestly terrified of screwing it up.

We wanted a honeymoon but really didn’t want to go for only two weeks. Both of us wanted a career change but did not know where to start. We had also spent years saving and penny-pinching, and we knew exactly what we wanted to spend it on.

The plans started to form, the fears were overwhelmed by the excitements, and less than one year after we married we had two one way tickets booked to Indonesia. 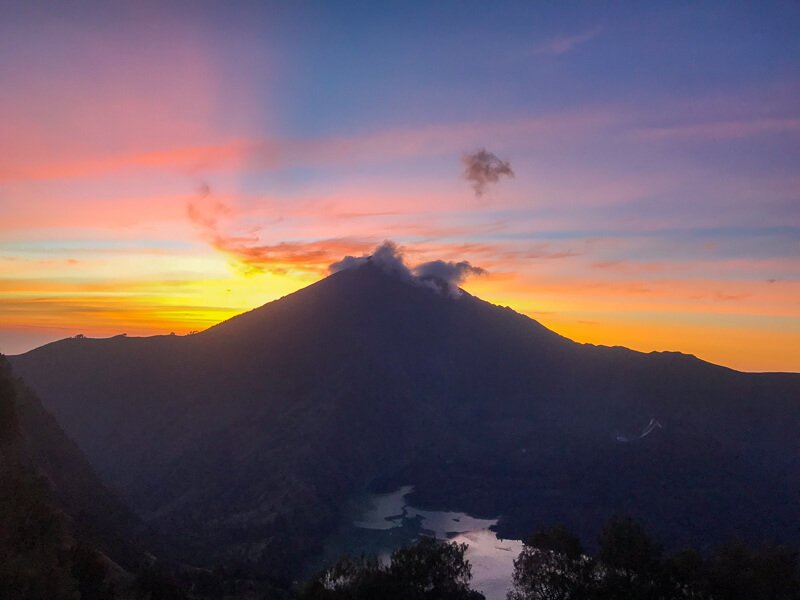 The funny thing about worrying, anxiety, and those nagging insecurities is that while they are often based in truth, they are so rarely proved right.

Was our marriage strong enough in it’s first year to take on the challenges and exhaustion of long-term travel? No, but every day on the road helped to strengthen it.

Did I miss out things because I traveled with Joe vs alone? Definitely, but the sharing of the experience with my husband was 100 times what I could ever have imagined it would have been alone, I would not trade it for anything.

Did we disagree and argue when we were far away from home, without our support network, and lonely? Yes, many, many times, but we also forgave and had deeper conversations than we had even known we wanted. 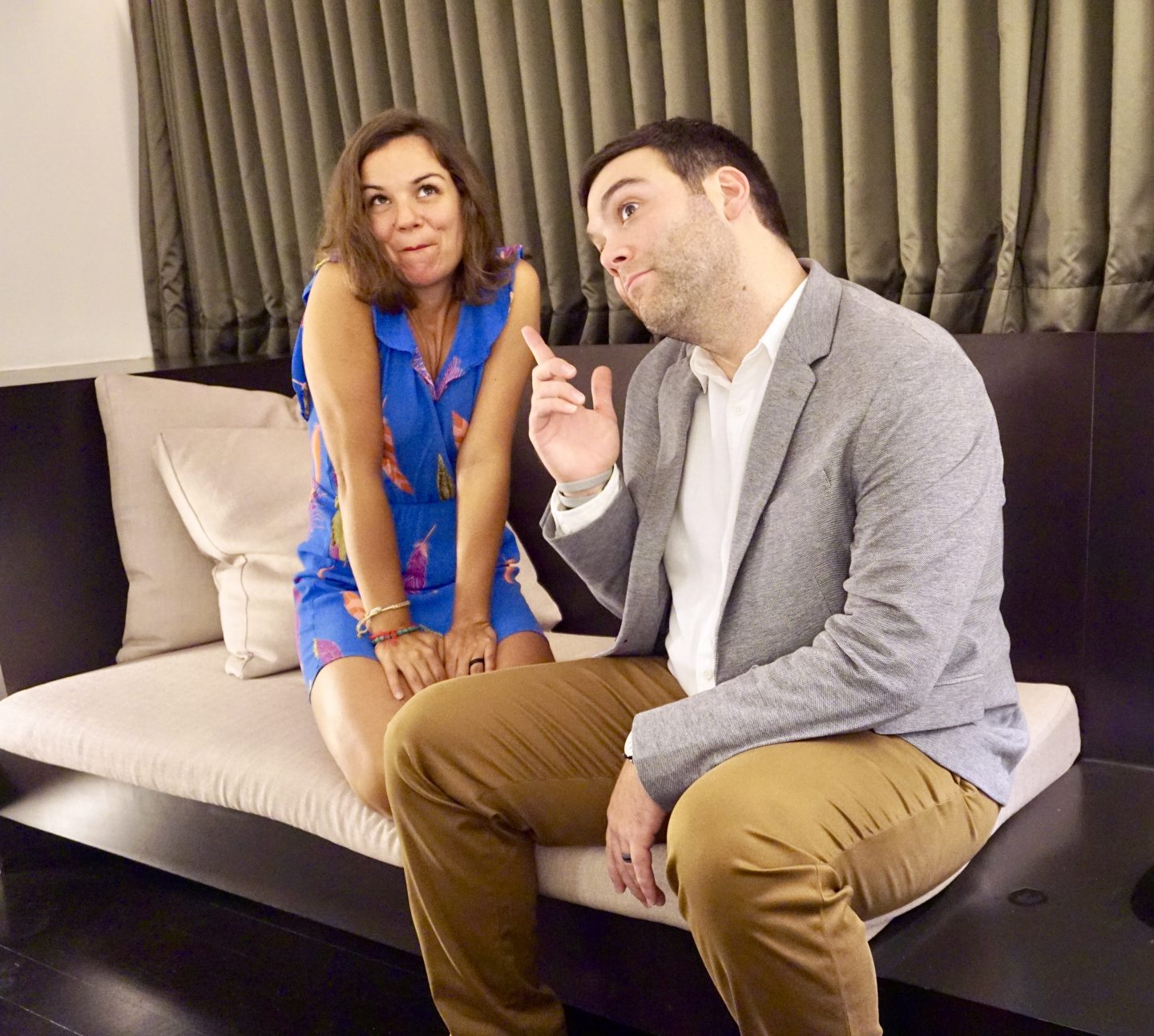 Turns out, traveling together was a LOT of fun

When it was all said and done, we spent almost 5 months abroad. Returning home was challenging for us, and continues to be in some ways, but quitting our jobs, leaving, and having this time to travel together? We do not regret one single piece of it.

Most of us who love to travel will combat the same thought process time and time again — I wish I could just vacation all the time. For us, travel is not really vacation, though it certainly includes lots of downtime and pleasurable experiences. It’s a way of life, one that includes lots of sacrifices and discomforts just like every way that people choose to live out their time. We have given up a lot to be able to do what we do. Not to act like it’s a huge hardship, for us, these sacrifices mostly come naturally to us as this is what we love to do. It is certainly not for everyone and is definitely not vacation, but hot damn is it rewarding.

In fact, sitting here, a year after we initially left and 7 months since we returned, we are still reaping the benefits of it. From the foods we eat to the way we talk to the friendships we have strengthened, we see this experience in just about every aspect of our lives.

The time we spent abroad was very short in the grand scheme of things, but it made an enormous impact on us. While it will hopefully be one of many long trips, we are content right now to live off of the high from this one, allowing it to shape and guide us in the coming years. We recognize that traveling in this way is a huge privilege, one that is certainly not granted to everyone, and we are incredibly grateful for it.

So why, exactly, did we take a 5 month trip abroad? Not because we wanted to or because we could–although those were both hugely contributing factors–no, we left because we needed to. Because it called so loudly to us that we could no longer ignore it, and because we ran out of reasons not to go. 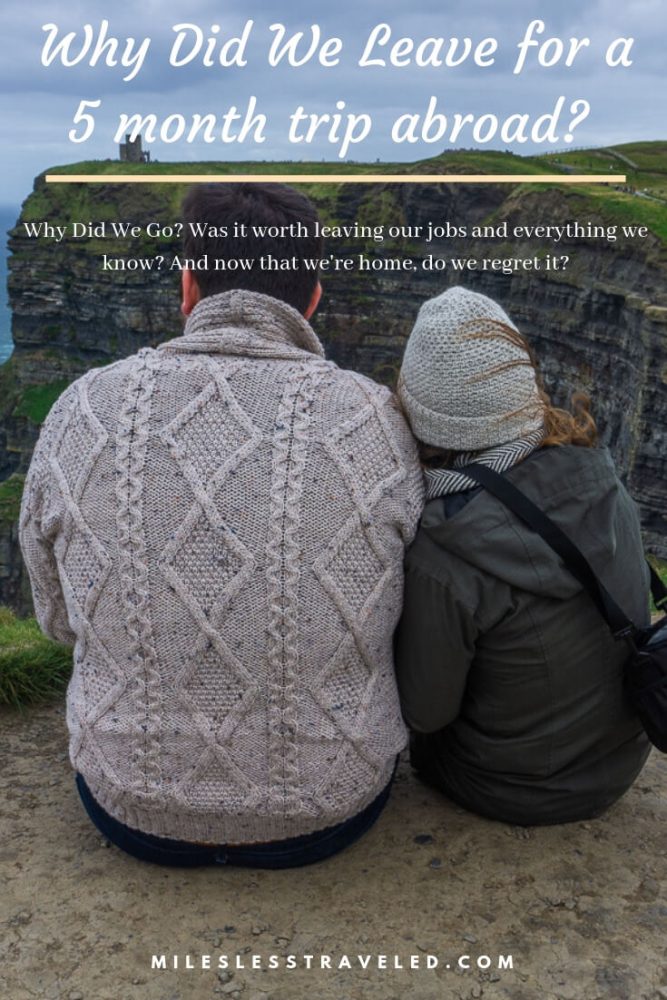